A dependent suspension system has a solid axle that goes 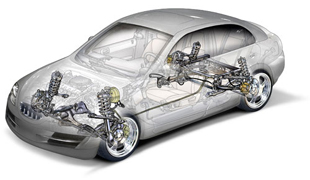 across the width of the frame. It allows the wheels on both the left and the right side to be connected and operate together as a team. If one side of the car bends to a given direction the other side will follow along because of the dependency. It is on rough terrain that dependent suspension system really earns its worth. They can handle tough conditions and are the primary suspension systems for rear wheel drive automobiles, and SUVs. It is the suspension system of choice for any vehicle that is going to be working on harsh topography.

Different suspension systems have interesting mechanisms. The double wishbone is basically to the shaped metal pieces on top of each other. Found at the front end of the car they provide stability to the tire. They also have a shock absorber and spring coil that will absorb vibrations that occur vertically. The double wishbone reduces role allows for better steering. The McPherson strut suspension system is connected to both the front and the rear of cars. The McPherson strut will be attached to the wheel hub with a tubular strut. The strut can do a swiveling motion to allow the tire to better move. The McPherson design also has a shock absorber and coil spring mounted to the strut to help withstand the road conditions. 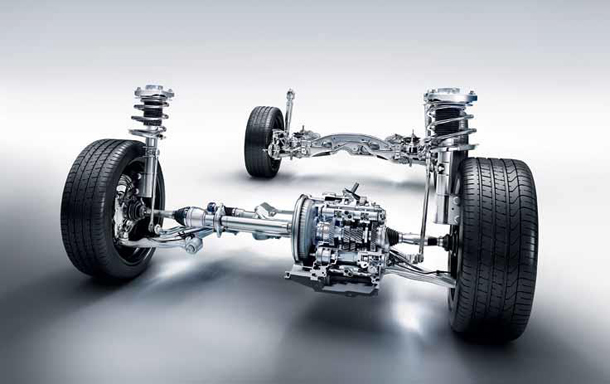 Impact of raising or lowering the suspension

Any one of the suspension systems has its pluses and minuses. What is used is the one best intended for the design of the given car model. It is possible to raise or lower the suspension. If you want to have the classic urban low rider, that can be done. Please remember that whatever you raise or lower suspension you are going against the original design tension. There can be some pressures or strains placed on the vehicle because of it.

Have some idea on suspension design

Knowledge of the suspension helps the owner when it comes to the maintenance of the car. Having some idea of the suspension design gives a better understanding of the importance of shock absorbers and the coil springs of the car. A better appreciation of the braking system also comes from knowing a little bit more about the suspension system. This is knowledge that is not necessarily used every day. However, when work is being done on the brakes or the underbelly of the car, this is the kind of information that helps the car owner better understand the car mechanic is trying to do.