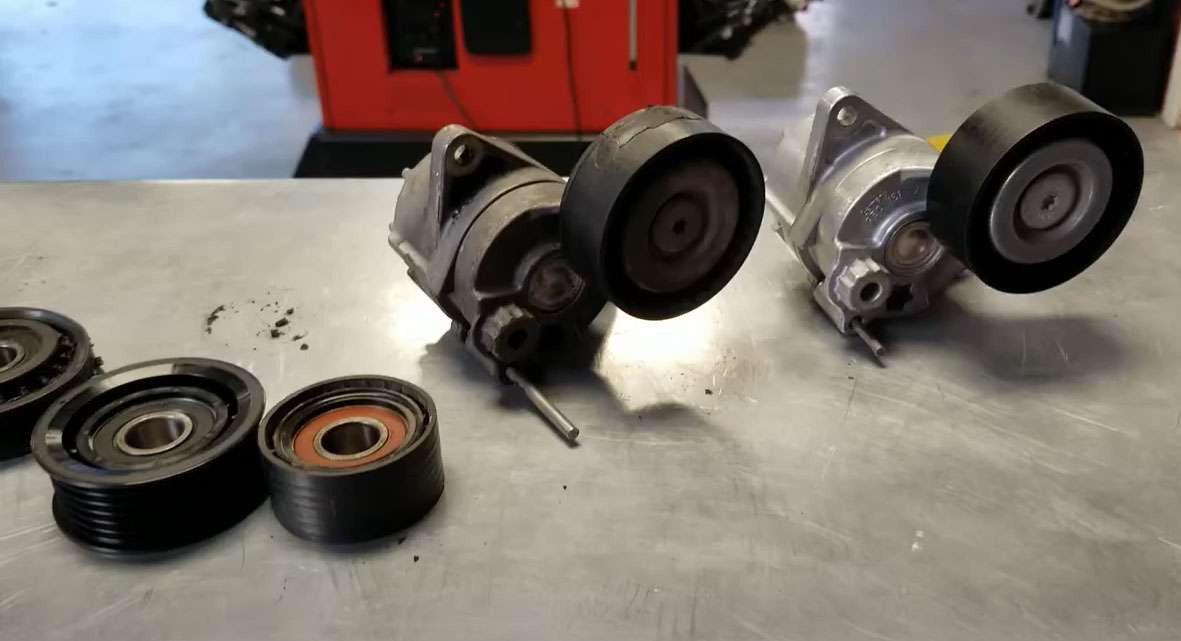 This rather lengthy video will not be for everyone, unless they’re really interested in belt pulleys.

Old, spent belt pulleys can appear to be ok, even when they’re ready to give up the ghost. During an engine oil service, routine inspection revealed a pulley with an accumulation of melted rubber, though it wasn’t making funny noises.

We took off the belt and looked at all the pulleys. They were shot, but under tension, they hadn’t begun to howl.

All it takes to leave you stuck on the side of the road is one pulley seizing. We replaced all pulleys and now the belt should be protected for another 60k or so.