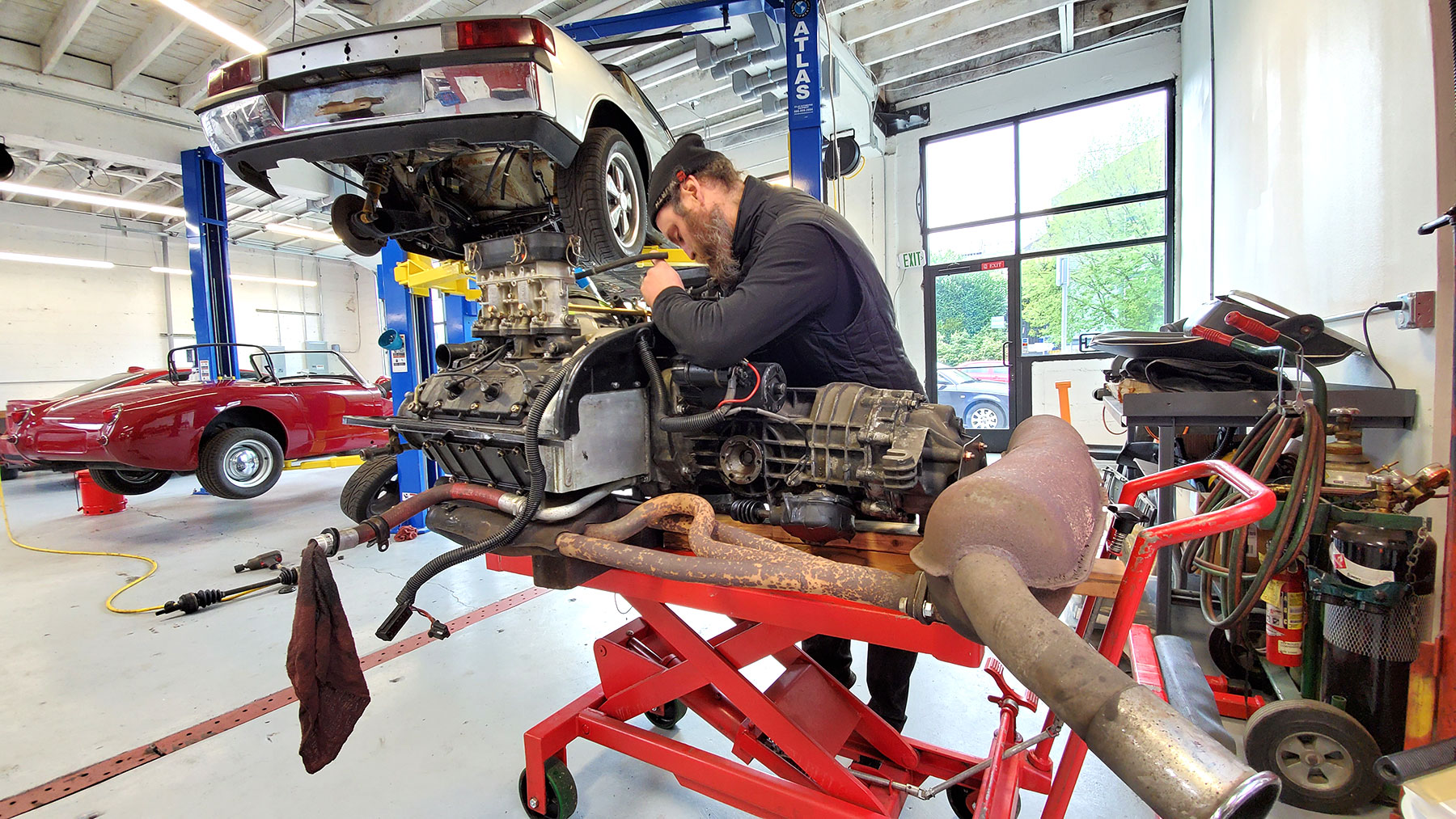 Porsche billed this car as a two-seater, but it’s more of a 1+1. The passenger seat is barely a real seat.

Production of this flat-6 version was limited to somewhere between 2800 to 3500; there are differing versions according to available Porsche numbers and unofficial sources. Either way, there aren’t many of them now, anywhere.

The 914 has not historically been given the love that its 911 and 912 air-cooled counterparts have. Most of them were 4-cylinder models regarded as jumped-up Volkswagens. The interior is a pretty sparse, raw affair. There’s considerable engine noise in the cockpit under the best of conditions.

Nowadays, with air-cooled prices going up and up, and 911 and 912 examples being hoovered up, the 914 chassis has gained a bit more respect.

The 914-6, on the other hand, is another kettle of fish, commanding six figure sale prices.

This one, photographed above, is rust-free but definitely not a concours contender. It’s been resprayed and will probably get a new passenger door.

As a pure driving car, this little honey should prove to be incredible fun. We will post video once she is on the road. Look forward to a bearded guy in an OSHA-approved respirator driving fast on deserted roads.