Car owners must resign themselves to the fact that their automobile needs maintenance. Granted, some of the high-end models don’t have to be worked on all the time, but after some thousands of miles an appointment with an auto mechanic is needed. That same appointment may be necessary if parts of the car are starting to malfunction. The fuel injectors are no different than any other piece of equipment under the hood. They are manufactured items and can have problems develop. Dirty injectors are going to cause some very serious challenges and maintenance cannot be ignored or put off for too long. Older models of cars that have a multi-port pintle injector system are most prone to fuel injector clogs.

Reasons for the Injectors to get clogged

The fuel injector is what brings the

gasoline necessary to run the car into the engine. Consequently, it should be a surprise to no one that gasoline itself is the primary reason for the injectors to get clogged. However, it isn’t entirely correct that dirt from the gasoline creates the clogs. The ingredients of the gasoline sold at the pump are a witch’s brew of hydrocarbons that are not always light matter. The heavy hydrocarbons generate greater energy but leave behind deposits in the fuel injector. Heat from the engine itself encourages the development of deposits by evaporating fuel that may be lingering in the injector tips. The deposits will build up and harden within the injectors. Detergent is added to gasoline to prevent the buildup, but everyday traffic in the city can cause the deposits to form quicker than the detergent can remove them. Sometimes what is supposed to help serves to hinder. That is the case with ethanol. While it has been touted as being great for the environment, ethanol’s ability to get rid of sludge can create deposits that end up harming the fuel injectors.

Some other clogging issues

Other clogging problems have less to do with fuel and more with the car. Rust that comes from somewhere in the gas supply can form small barriers within the fuel injectors. Faulty winding can prevent the valves of the fuel injector from properly opening. Conversely, a damaged spring may keep the valve open and create serious gasoline leaks. 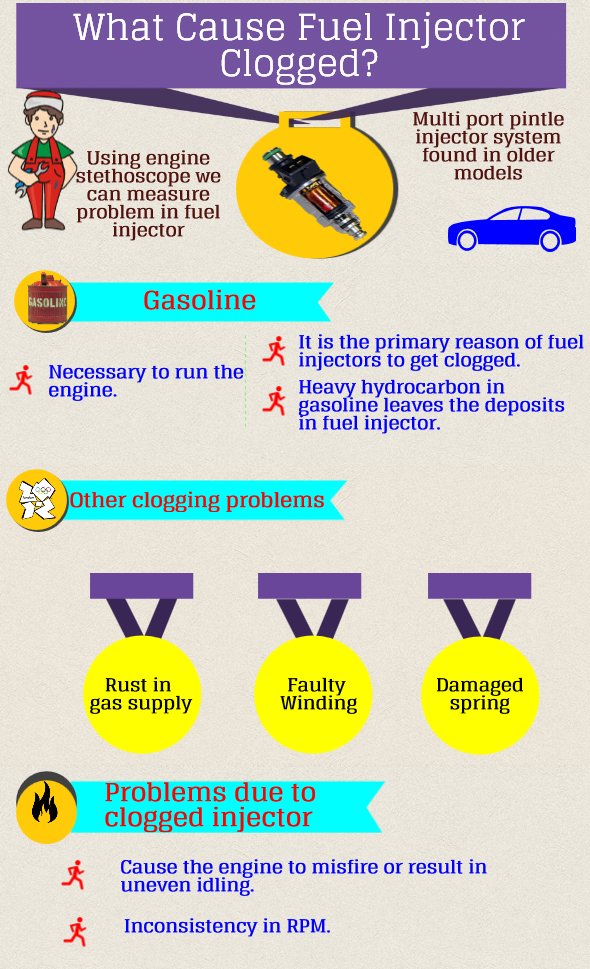 The performance problems of the car caused by clogged fuel injectors are too great to be ignored. Clogs may break up but still be too large to pass through the injection system, remaining behind to cause even greater mischief. A clogged fuel injector can cause the engine to misfire or result in uneven idling. Inconsistency in RPM is a by-product of a clogged fuel injector. Should the obstruction cause leakage, there is a quite substantial safety risk generated.

As with anything involving fuel, checking the status of a fuel injector is not a very safe Saturday project for the car owner. It is better to make use a professional automotive service center. These places have the right safety features to them. Diagnostic tests can be run on the fuel injector system to determine the 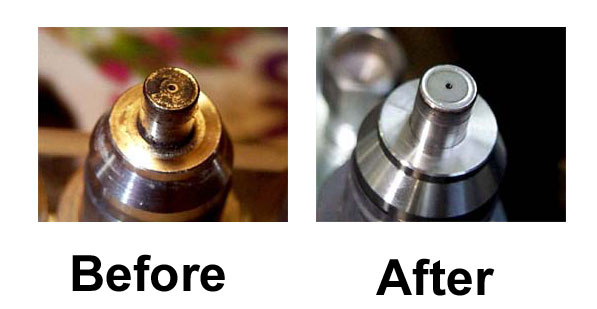 problem. Tools such as an engine stethoscope would be used to gauge whether a problem exists with the fuel injectors or not. Fuel injectors are well designed and long lasting so that they may not need replacement. A good cleaning might be all that is necessary. If on-car cleaning of the fuel injector is not possible, a car owner should ask if off-car fuel injector cleaning is possible. That is cheaper than having new injectors placed in the car.

One way to avoid fuel injector clogging is not to use the cheaper blends of gasoline. These have less detergent in them and consequently are more prone to create clogs. If a car owner wishes to use an additive, polyetheramine is the best to use. Also, residue from the throttle body and the intake valves should be removed at the time the fuel injectors are cleaned.

The maintenance on clogged fuel injectors may be an involved project, but in the long run a good cleaning will do the job without incurring the expense of a new fuel injector. Being careful about what fuel is used is the best prevention. Those few extra pennies and nickels spent at the pump are better than having to pay hundreds of dollars for replacement parts of a fuel injector system that is too damaged to function.